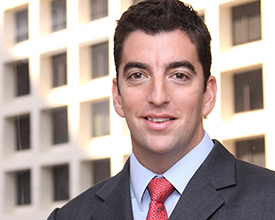 Fraser Hern is widely regarded as one of the leading offshore lawyers specialising in contentious and non-contentious insolvencies, complex restructurings, special situation advisory work, and shareholder litigation, having been consistently ranked as a Tier 1 advisor by legal directories.

Fraser has been described by Chambers Asia-Pacific as "a standout adviser for contentious matters …, who works alongside clients to steer through difficult situations", as "coming highly recommended for his talent as an insolvency and restructuring lawyer, with a strong track record in both contentious and non-contentious matters" and as being "widely recognised for his restructuring and insolvency expertise, in relation to which he earns plaudits for having established a 'very successful practice'". Legal 500 describes Fraser as "exceling in the litigation and restructuring space". Fraser has also been recognised as a leading lawyer by the International Who's Who of Asset Recovery Lawyers.

Fraser is a Group Partner* in Walkers' Insolvency, Restructuring and Dispute Resolution group based in Jersey, and is the Head of Walkers' Channel Islands Business.

Fraser spent three years working in-house at a leading investment bank in London specialising in structured finance, before moving to Baker & McKenzie in London in 2002.  In June 2007 Fraser joined Allen & Overy, Hong Kong before moving to Walkers in January 2009.​

Admitted In:
The British Virgin Islands
England and Wales (not practising)

2020 Legal 500 (Jersey) - Dispute Resolution - Recognised Lawyer - "Fraser Hern is smart, responsive and pragmatic. He works around his clients’ individual needs and isn’t shy about putting in a late night shift when required."

2021 Who's Who Legal - Recommended - Asset Recovery

2018 Chambers Global Guide - (Offshore: Dispute Resolution) A Notable Practitioner. "What stands out is his ability to translate the law into practical advice and his in-depth knowledge of some fairly challenging technical issues."

2018 The Legal 500 Asia Pacific - Recommended Lawyer - "Fraser Hern has ‘great negotiating skills and is capable of bringing commercial and feasible solutions to the table in difficult situations’."

2015 - Chambers Asia-Pacific, Ranked Lawyer – Band 1, Offshore: Dispute Resolution - Asia-Pacific Region. "Fraser Hern is widely recognised for his restructuring and insolvency expertise, in relation to which he earns plaudits for having established a 'very successful practice'."

2014 -Chambers Asia-Pacific, "Fraser Hern earns praise as 'a standout adviser for contentious matters involving the Cayman Islands and BVI, who works alongside clients to steer through difficult situations.' He is widely recognised for his advice on restructuring and insolvency matters."

2013 -Chambers Asia-Pacific, "Fraser Hern is making waves in the litigation field. He handles contentious insolvency, restructuring and commercial matters, and is particularly strong in shareholders' disputes."

2013 -The Legal 500 Asia Pacific, "Fraser Hern is the ’go-to person’ for insolvency and corporate restructuring matters."

2012 - Chambers Asia-Pacific, "One interviewee reveals that he is 'a very helpful and smart lawyer. I am impressed by his hard-working approach and responsiveness'."​

Fraser is a member of INSOL and of The Law Society of England and Wales. He has written, and contributed to, a number of articles on Cayman Islands and British Virgin Islands law, and regularly presents to clients and industry wide seminars throughout Asia.​